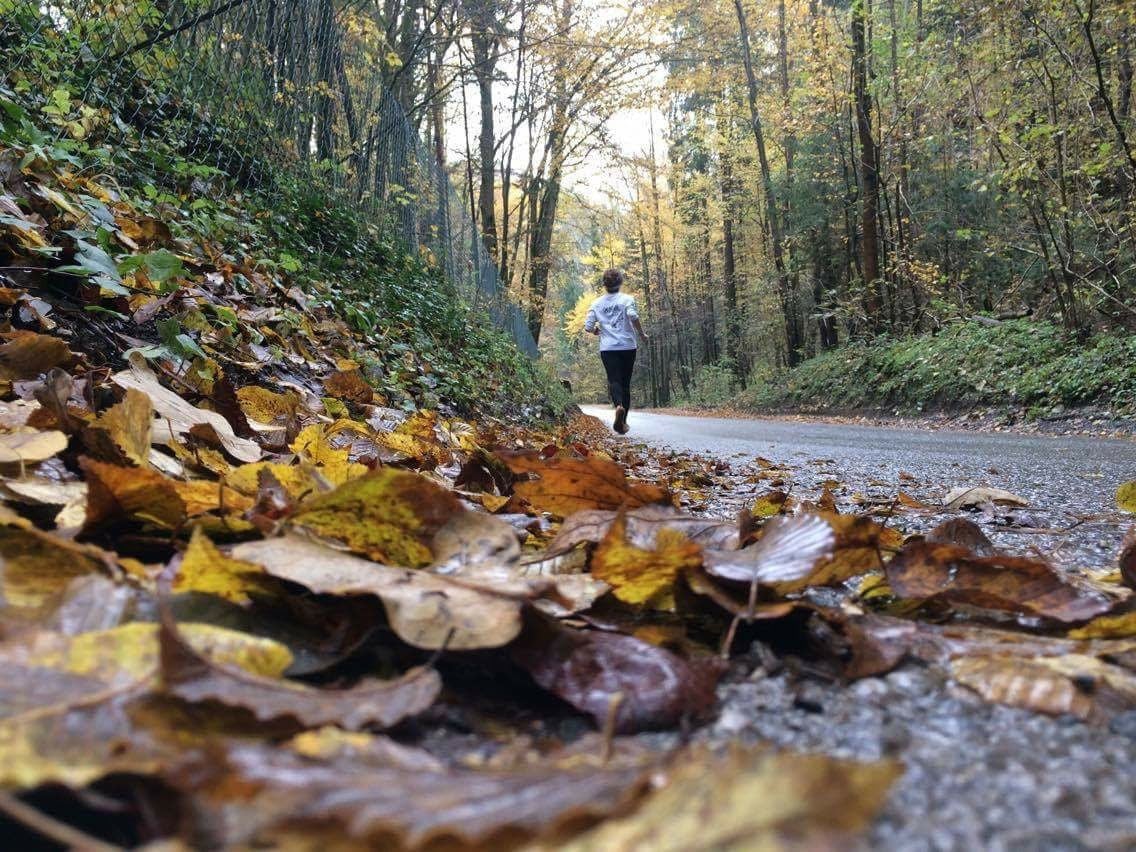 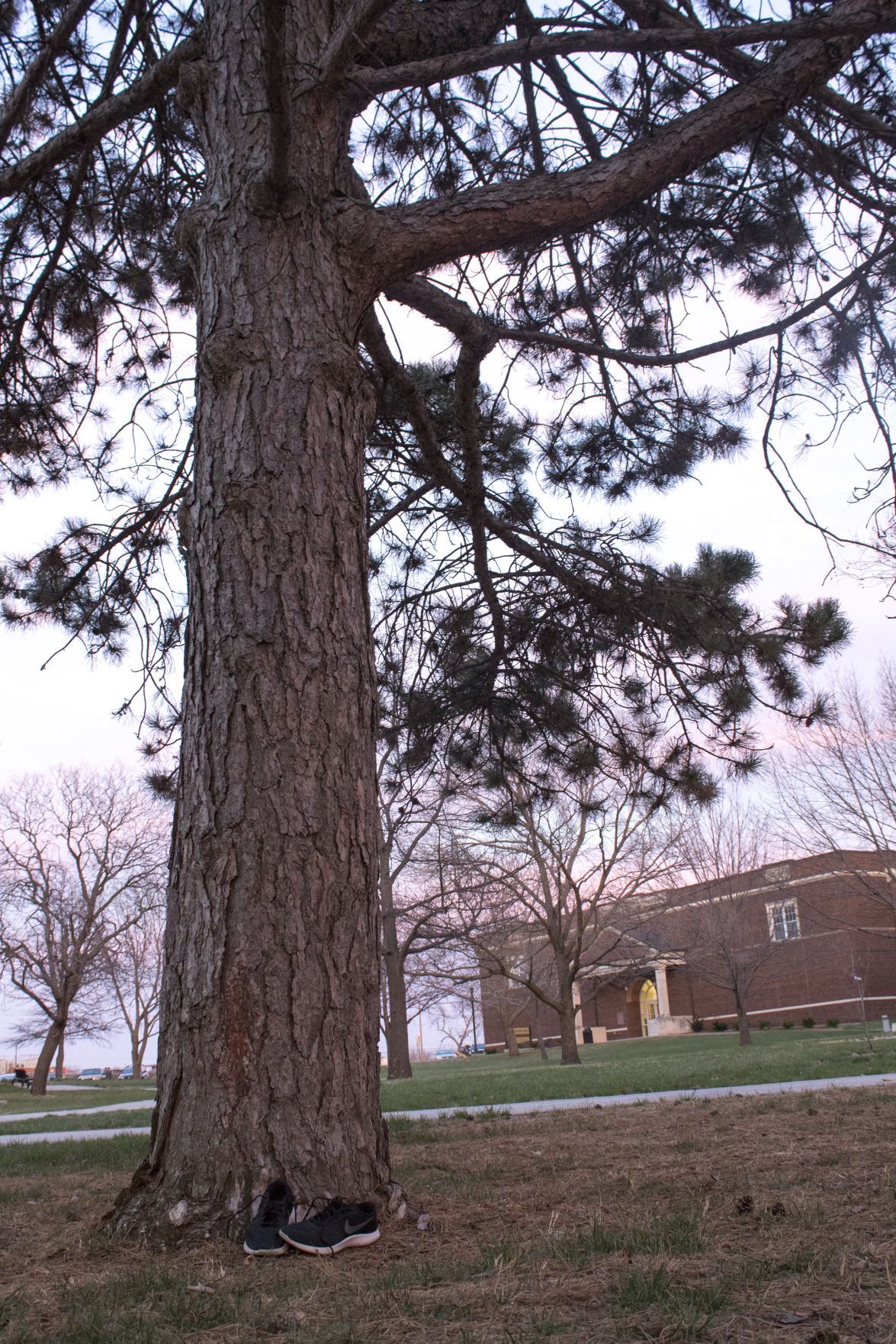 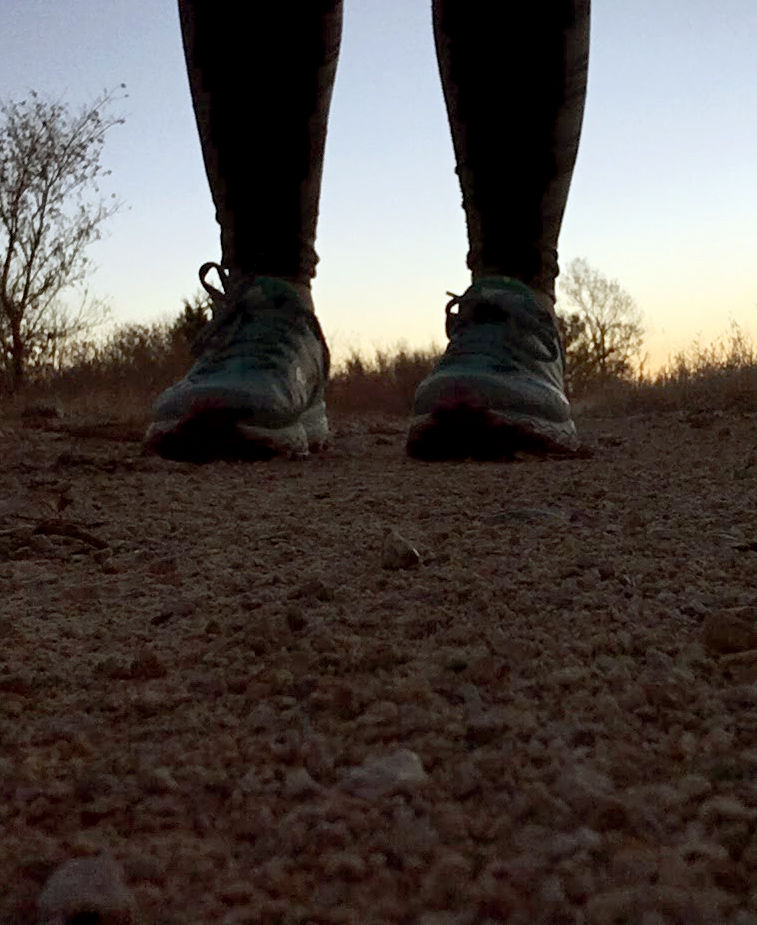 After the run, Josie stops to enjoy the sunset.

After the run, Josie stops to enjoy the sunset.

Yeah, these are not words that apply to me.

My racing arsenal stretches back to the days of floundering my lanky limbs on high school cross country golf courses, huffing my way through the mile and sincerely thinking the two mile upgrade in eighth grade was akin to death.

I never had the body type for racing. I’m on the stocky side, more wide and flat—like a snub-nosed monkey (look it up)—than aerodynamic. My school days featured running Josie as an upper-mid-middle-JV mid-packer. Nothing to boast of, really.

Ooh, lordy. I am proud of those 800m runs. They say the 800m run is the hardest event; too long to be a sustained sprint, but too short to not be sprinted. Essentially, it’s 2:30 minutes of intense suffering and lactic acid build-up.

It’s a mental game, and that’s what I was good at. I’m good at that suffering, and I used it to my advantage. I almost looked forward to it. I knew that there weren’t many who would see it that way, and that made me feel powerful.

So when I stumbled upon ultrarunning—running distances longer than 26.2 miles—I felt those same surges as I had when I finished the 800m.

Ultrarunning is the marriage between mind and body. You run with your body but you run ultras with your soul.

It was the summer between my sophomore year and junior year at ESU—2016. I had signed up for the Psycho Summer Trail Run, 1-3 loops of a course yielding the options for 10-miles, 20-miles, or a 50k respectively.

I had done a handful of half-marathons, and was eager to progress to running longer. So I signed up for two loops, a 20-miler.

It was 103 degrees on a Kansas summer and the air was thick and sweaty. I was seven miles into the first loop and fell in with a ultrarunning veteran Kenyan named Nii and his crossfit champion buddy, Desiree. And suddenly I found myself thinking—despite the heat, despite the distance: What’s stopping me from becoming an ultramarathoner today?

So I finished both loops and asked the race directors if I could go for a third. They have never been asked this before, and that very notion propelled me through that third loop.

I might be a mid-packer, but nobody can argue that I have soul.

I was sitting in a cafe on September 17, 2017, and I got that very same itching that I had in the middle of that first loop. That itching to do something crazy, something not many do. That itching in my soul to make myself proud.

22 weeks to train, both mentally and physically. The first thing I did was ignore all the “Run your first 100!” training plans out there, because those just made me sad. Most of them were around the 40-50 week mark and encouraged “daily ice baths and ample recovery days!”

I could do this in 22 weeks, but it’s going to take consistency. Also I like running every day. It trains my body and mind to align and realize that . . . hey, I’m a runner. And what do runners do?

The race is next Friday. In these 22 weeks, I have shown up for more than 1,230 miles. I have done hundreds of hill repeats. Hundreds of intervals. Thousands of push-ups. Hours of yoga. I have run four miles every four hours for 48 hours two weekends in a row. I’ve worn out two pairs of shoes.

Being long and slow is about showing up.

I love running up hills, I would say through gritted teeth, as I will my burning legs to pump faster up this god-forsaken mountain.

It’s 4:45 a.m. My eyelashes have little icicles crusting at the corners. I used to bring a handheld water bottle with me, but at this time of year it becomes a brick of ice as soon as I step out of the door. On the docket for today? 13 hill repeats up Colorado Hill—a grade of 16%. 7.26 miles.

There’s nothing. I would rather. Be doing.

On weekdays I’d launch out of bed at 4:33 a.m. I’m still asleep by the time the dense morning air punches my face, and it wouldn’t be until a warm-up mile later that I’d be fully conscious. By then—well, I’m already there.

On weekends I’d allow myself to sleep in until 5:00 a.m., but no later. The consistency is much less painful. I did back-to-back long runs on the weekends, which, at the peak of my training that might look like 20 miles around town Saturday and 30 miles on the Konza prairie Sunday.

I’d come home after these, shoulders stiff and hips singing, and I’d sigh happily into a mug of coffee and a banana with peanut butter. Always peanut butter. I can go through a jar of Jiff’s natural peanut butter in about a week. If I were fast enough to have sponsors, Jiff would make the top of the list.

But for me, it’s not about being fast.

It’s about being diligent. Showing up. Not backing down.

5 Ways to Get Kids to Eat Healthier

5 simple tips to help manage your diabetes at mealtime