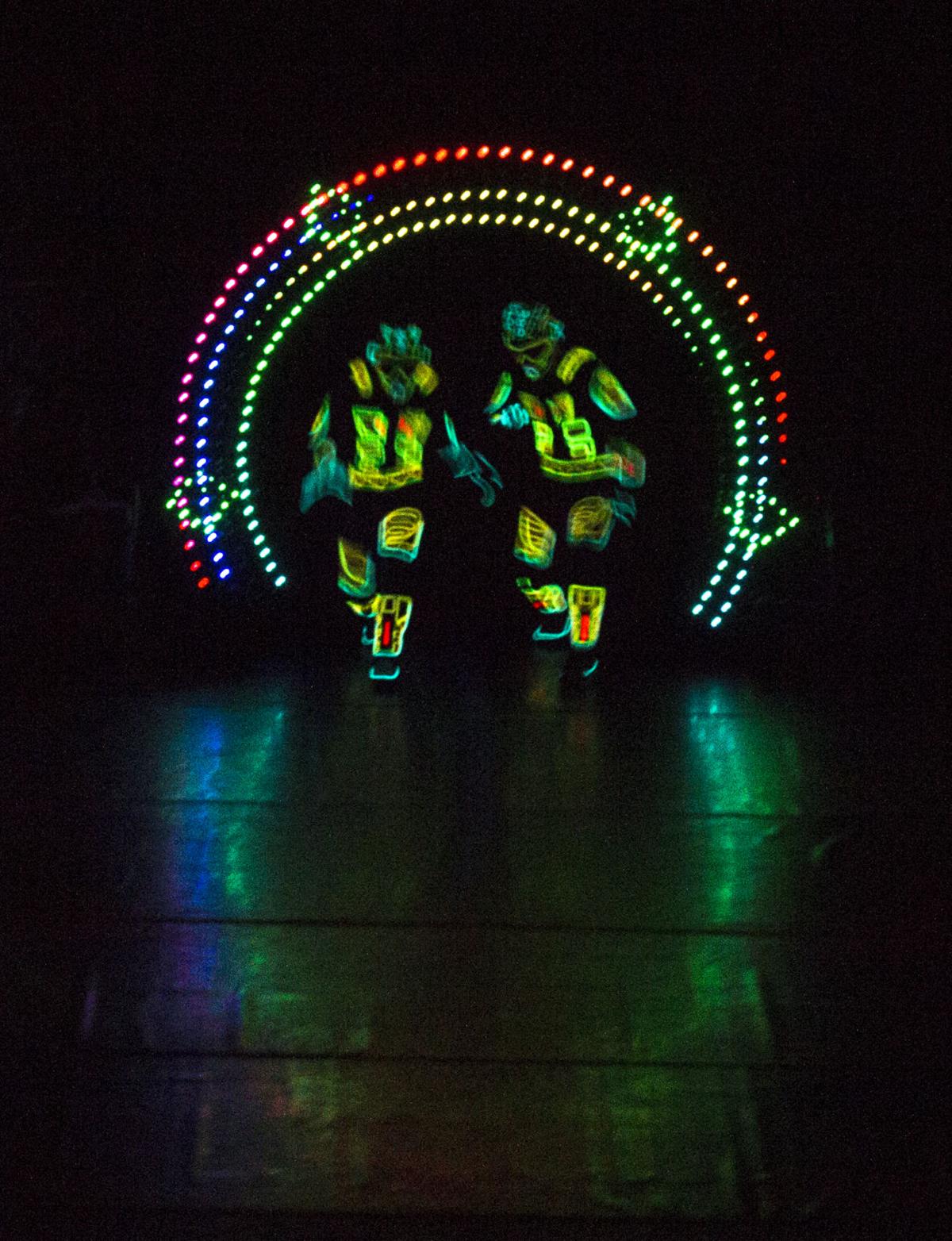 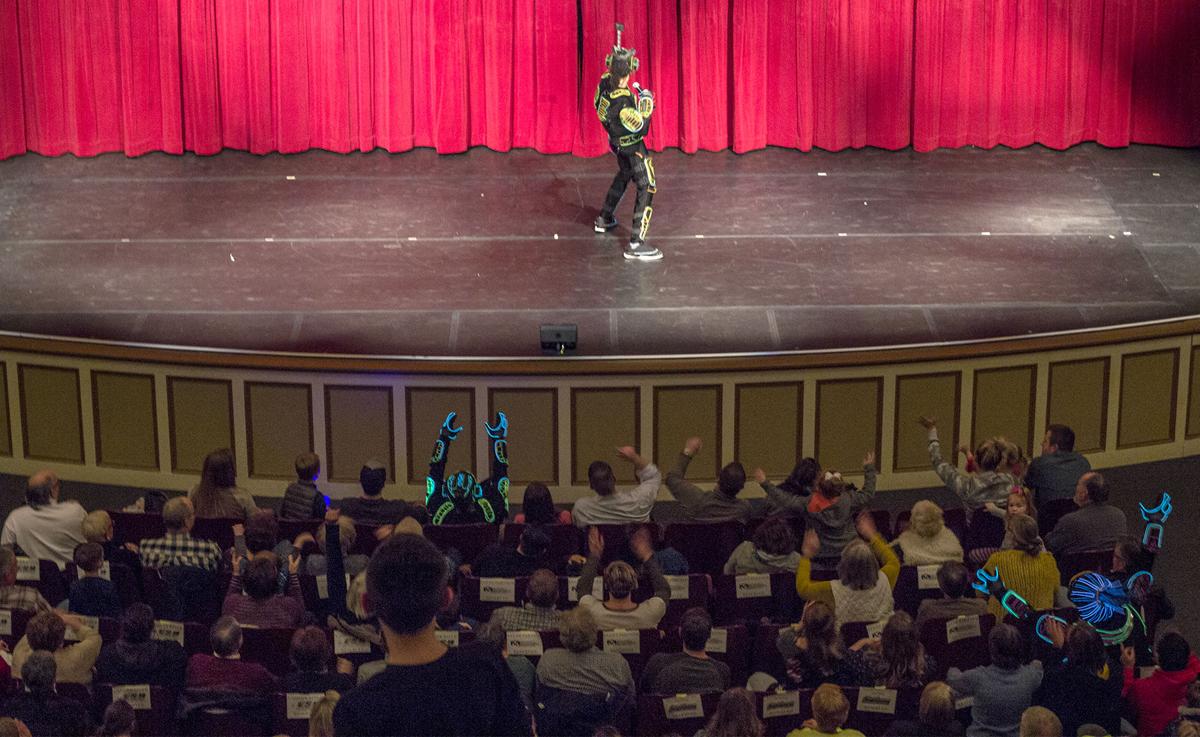 iLuminate performed in glow-in-the-dark suits on a  blackout stage Monday night in Albert Taylor Hall for members of the Emporia community. The company asked for audience participation after the Finale for their upcoming YouTube video.

America’s Got Talent participants “iLuminate” performed last Monday in Albert Taylor Hall. The hall sold out with people from Emporia State and the Emporia community attending.

“I thought it was really cool,” said Lindsey Newman, sophomore accounting major. “I was really impressed with the             visuals.”

iLuminate is a company of dancers in electrified glow-in-the-dark suits performing dynamic routines and illusions on a darkened stage, according to the iLuminate official website.

The performance was free for ESU students, but a large portion of the audience was made up of children under the age of 15.

The story, however, seemed a bit shocking for a kids’ show, according to Bard and Newman.

“There was violence, murder, destruction of property…(and) abduction,” Bard said.

The iLuminate company combined technology with dance to create a unique visual experience. This included a dance scene in honor of the late Michael Jackson and, later, a large neon snake that nearly took up the whole stage.

“I was not ready for that,” Newman said.

How to win 'Best Awards Show Party' this year

How physical therapy can help you manage pain