Skip to main content
You are the owner of this article.
Edit Article Add New Article
You have permission to edit this article.
Edit
Home
News
Opinion
Hornet Life
Entertainment
Sports
Campus Commons
From the Wire
En Español
Empowered Magazine
Full Issues
1 of 6 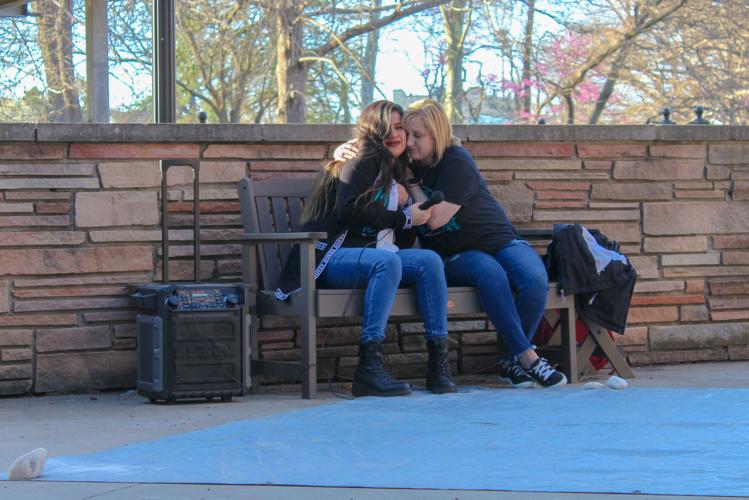 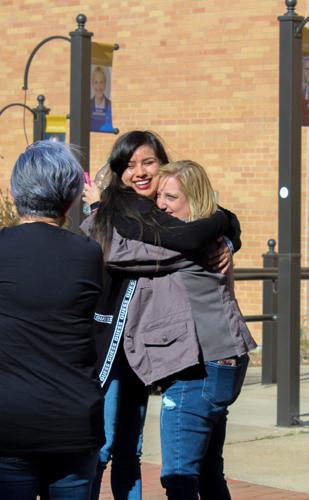 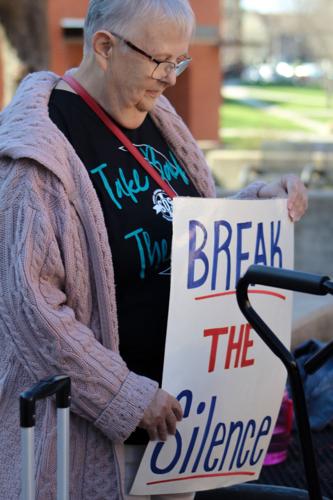 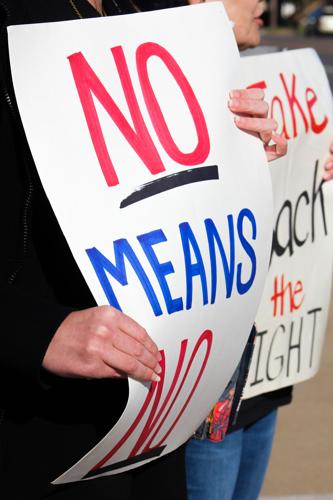 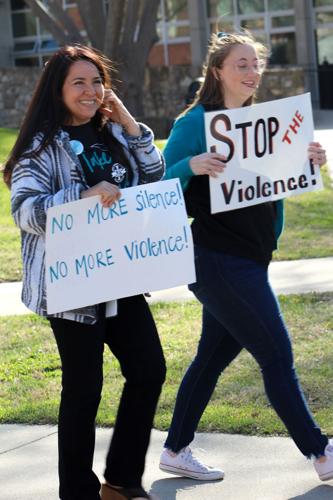 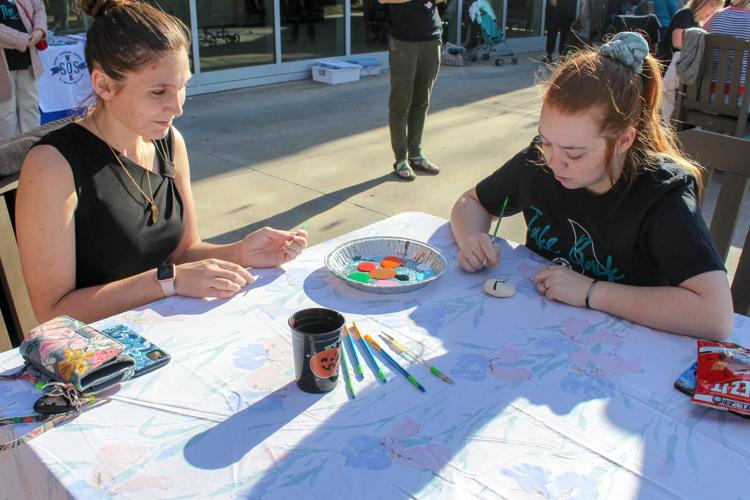 SOS, an organization with trained professionals to help people who have stalkers, been in a domestic violence situation, or a survivor of sexual assault and rape, partnered with Emporia State University’s Thrive to put on this event for students and the community. Take Back the Night is an annual event that happens not just on campus, but is recognized globally. A group formed in Union Square and listened as Jen Ogleby, sexual assault victim advocate, spoke about the event and what would happen next. Ogleby’s fellow advocates started handing out signs with statements like “BREAK THE SILENCE.”

The group did a march around campus with their signs held high. The march started in Union square and went up to 12th Street. They even stopped to hold the signs in front of Kellogg Drive to bring more awareness and pedestrians were honking and waving in support. Next they walked past the William Allen White Library back towards the square. Once they were back they packed the signs up and went to the patio by Wooster Lake.

An art therapist was waiting and gave the supporters and survivors instructions on the project. They were told to grab a rock that they connected with and paint whatever brought them peace or reminded them of it. After people were finished or had least started the survivors started telling their stories.

The first one was Alyssa Goering. She told her audience about how she was out with friends when it happened and it was someone she knew. Goering said she speaks out about it because it is not ok and it shouldn't be happening. She believes that “vulnerability matches vulnerability” which means someone might feel safe enough to be vulnerable with her to ask for help or advice.

Jen Buce spoke out next and Karen Martinez followed. All of the women told their stories with their advocates right by their sides. Sometimes the advocate would have to speak for their survivor or hold their hand for support. An advocate is someone who works for SOS that helps the survivor through their journey.

Buce and Martinez spoke about how they were going to keep it a secret and go through it alone, but quickly decided they should seek help or advice.

SOS puts this event on because they believe if people are informed about what an unhealthy or unsafe relationship is they can put an end to it.

Anyone can call SOS and be given options on what to do next. If you are worried that your significant other is a toxic person you have the option to at least call and ask them. SOS advocates provide emotional support. They won’t call the cops, they won’t make you leave the person you are with, they want to help.

It is an anonymous safe place where the advocates will even go with you to the police station to hold your hand.

“Advocates will not pressure you to do something you are not ready to do; they will inform and support you. Advocates will keep what you tell them confidential. (Child abuse reporting laws still apply to mandated reporters.) Only YOU can decide what is best for YOU.” According to an SOS pamphlet.