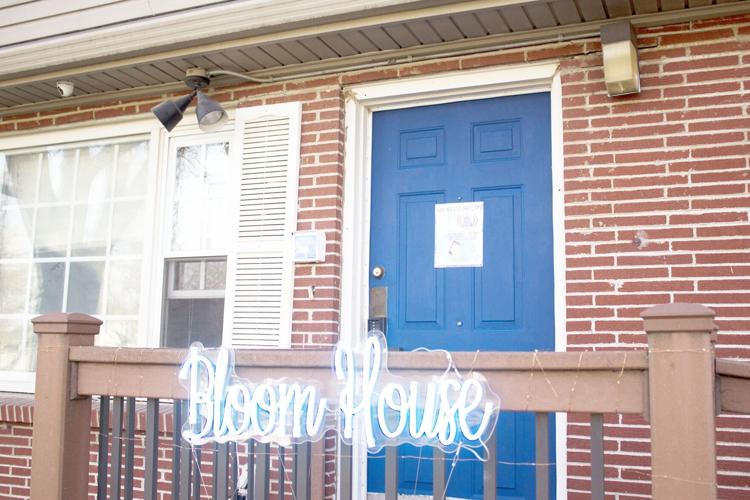 Bloom House opened its doors on Jan. 1 and will offer daytime and nighttime services for youth in need. 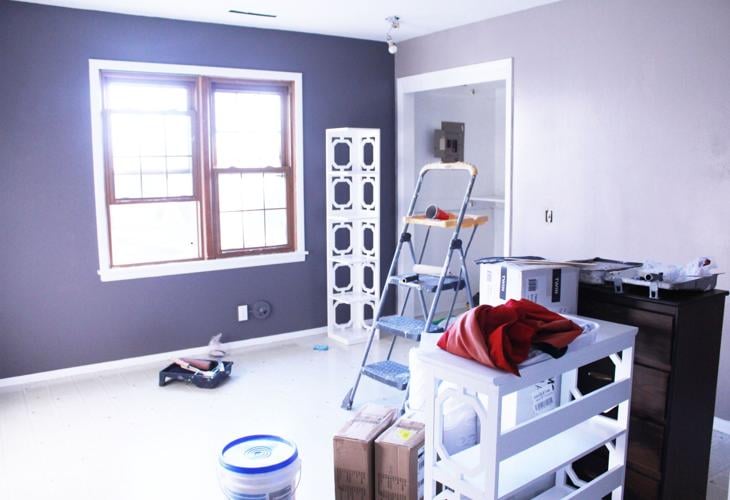 Room 3 of the Bloom House is a work in progress. The seven bedrooms in the house have been adopted through the Adopt A Room program and are in various stages of makeovers. “We are working to make sure each room is made up just as a bedroom would be in our own homes,” states a flyer advertising the adoptions.

Bloom House opened its doors on Jan. 1 and will offer daytime and nighttime services for youth in need.

Room 3 of the Bloom House is a work in progress. The seven bedrooms in the house have been adopted through the Adopt A Room program and are in various stages of makeovers. “We are working to make sure each room is made up just as a bedroom would be in our own homes,” states a flyer advertising the adoptions.

The new Bloom House Shelter and Drop-In Center, located at 301 W. 11th Ave., is an “inclusive refuge,” according to their flier, and offers mental health services, case management, food, clothes and hygiene items, as well as life skills classes and recreational activities, to vulnerable, at risk and homeless youth under 18 years old.

Youth in crisis or in need of the services that Bloom House Youth Services (BHYS) offers can visit them at their location any time of day or night or call them at 620-208-1199.

“If you just wanna go somewhere quiet and calm, I want that to be what we are,” said Emily Yell, project manager for BYHS.

The goal of the Bloom House is a big, but important one, according to Clara Corn, executive director of BHYS and instructor of counselor education at Emporia State.

“Ultimately, and ambitiously, we don’t want any homeless or runaway youth in the area to be hurt, abused (or) taken advantage of, out there on the street,” Corn said. “And if they know we’re here and they can come here, then they won’t be preyed upon.”

When children are kicked out or run away from home, they are worried, sad, stressed and scared, according to Corn. This makes them more vulnerable to harm.

“1 in 3 teens on the street will be pressured to trade sex for supposed safety within 48 hours of leaving home,” states a National Sexual Violence Resource Center statistic cited on BHYS’s website (bloomhouseks.org).

“Instead of going somewhere else that could be dangerous, we want them to know they can come here,” Corn said. “So, a soft place to land.”

The idea for Bloom House started as an off-hand comment by Yell during a rant with Corn about the lack of resources available to homeless youth in Emporia.

Corn had been working at Plumb Place in Emporia, a homeless shelter for adult women, and had run into trouble trying to find resources for someone who had come to them for help but was under 18 years old.

A year after Yell made the comment that Corn should make her own resources, they began working to do just that.

The group had been operating out of Corn’s office at ESU until the old SOS Domestic Violence Shelter went up for sale.

Bloom House opened its doors on Jan. 1 and held their ribbon cutting on Jan. 25.

The building has seven bedrooms and a fully-functional kitchen on each of the three floors. The bedrooms have been receiving makeovers through their Adopt A Room program. All of the rooms have been adopted and are in the process of being “spruced up,” according to Corn.

Bloom House can currently shelter 16- and 17-year-olds and is working toward a DCF application so they can shelter 14- and 15-year-olds, as well. However, they won’t turn away anyone needing help no matter the time of day, according to Corn.

BHYS will also be offering day services to any youth in the community such as internet for schoolwork and applying for jobs; recreational activities; life skills education such as cooking, language, financial literacy and internet safety classes; and a “calm down space.” There are also two cats, Steve Rogers and Stevie Nicks, who live at Bloom House full-time.

“It cannot just be survival,” Corn said. “You gotta thrive.”

Offering services and resources to all youth in the community is also an outreach effort, according to Corn.

“Maybe somebody doesn’t need our services now,” Corn said. “But they might in the future and they’ll remember that we’re here.”

“Connecting to area resources is going to be really crucial,” Corn said. “Because a lot of times people don’t know what resources are available to them.”

BHYS is an inclusive space which welcomes LGBTQ youth. Staff and interns receive training on working with youth in crisis, as well as LGBTQ youth from the the Runaway and Homeless Youth Training and Technical Assistance Center (RHYTTAC).

Interns can take day-time or overnight shifts and basic responsibilities include organizing donations, preparing bedrooms, answering the phones, starting intakes and making food for youth that show up in crisis.

Anyone in the community can volunteer to help sort donations, help with fundraisers, decorate the bulletin board and post flyers around town. Student organizations can also volunteer their help.

Magda Escalante, a graduate student of art therapy and clinical counseling, began her internship at Bloom House only a few weeks ago. She heard about the opportunity through Rochelle Rowley, an associate professor of social sciences, sociology and criminology and board member for BHYS.

“There’s just so many ways that I can help (the youth),” Escalante said.

Not only will she help provide art and talk-therapy services, Escalante may also teach Spanish lessons or teach children how to make tamales.