Skip to main content
You are the owner of this article.
Edit Article Add New Article
You have permission to edit this article.
Edit
Home
News
Opinion
Hornet Life
Entertainment
Sports
Campus Commons
From the Wire
En Español
Empowered Magazine
Full Issues
1 of 5 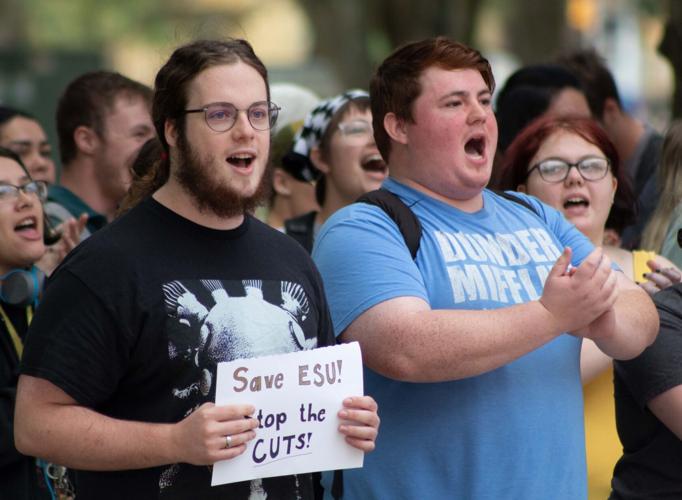 Students gathered outside of Plumb Hall this morning to protest a policy that would allow Emporia State to fire tenured faculty. (photos by Sam Bailey) 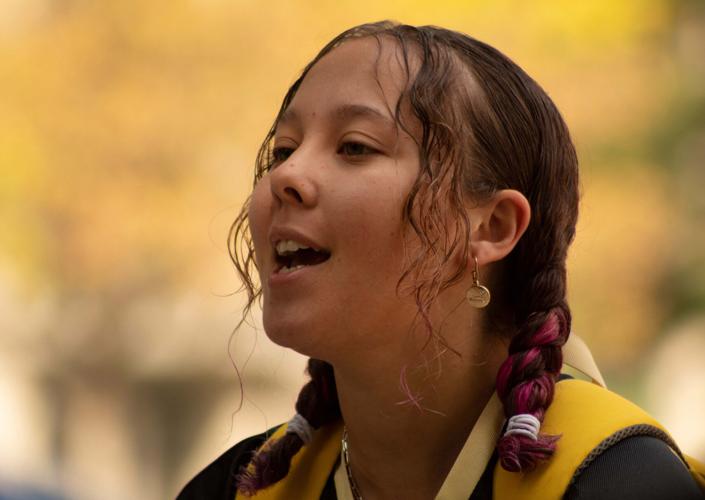 Alyssa Gharmalkar, junior history major, shares her concerns at the protest this morning. 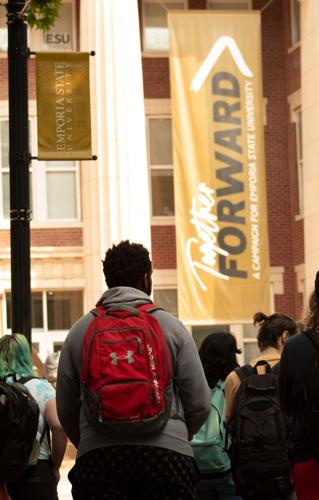 Students protest a policy that will allow Emporia State to fire tenured faculty in front of a 'Together Forward' sign hanging from Plumb Hall. 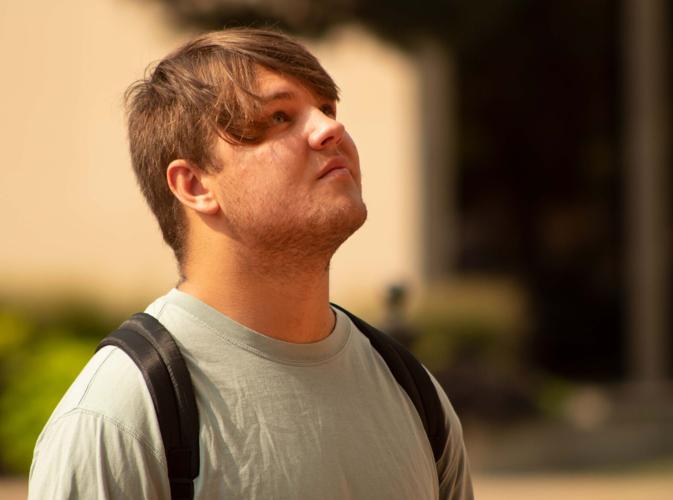 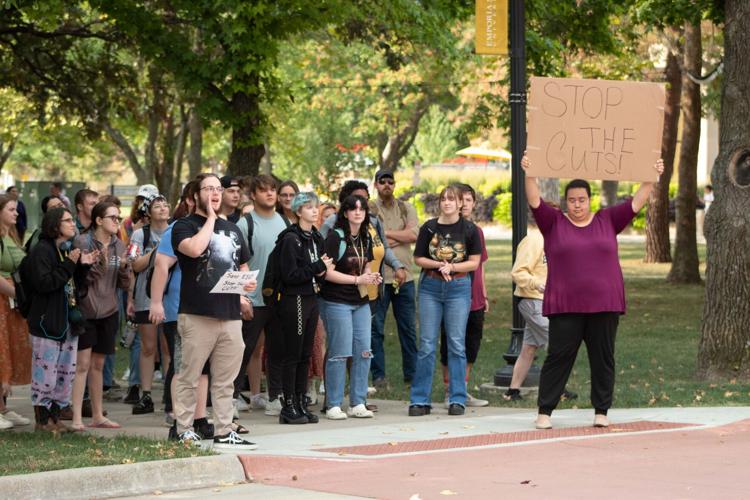 Students gathered outside of Plumb Hall this morning to protest a policy that would allow Emporia State to fire tenured faculty. (photos by Sam Bailey)

Alyssa Gharmalkar, junior history major, shares her concerns at the protest this morning.

Students protest a policy that will allow Emporia State to fire tenured faculty in front of a 'Together Forward' sign hanging from Plumb Hall.

Ahead of the Kansas Board of Regents meeting to vote on Emporia State’s new framework, which will allow administration to dismiss employees, including tenured faculty, 52 students gathered outside Plumb Hall this morning to protest the action.

They chanted “Stop the cuts!” and “They go, we go!” By noon, students were standing directly in front of the doors of Plumb Hall and calling for ESU President Ken Hush to face them.

“They cared for me; I wanna take care of them,” said Kyleen Brackins, senior art therapy major. “I know this is hard right now because it feels like their hands are tied, but students can do something. Our voices make this school run. If we don’t come here, there’s nobody to teach.”

To aid those financially struggling due to declining enrollments and the COVID-19 pandemic, KBOR is allowing public universities to submit justification to dismiss faculty members. ESU’s justification, known as the Workforce Management Framework, was unanimously approved by KBOR today.

Despite emailed assurances from interim provost Brent Thomas that students will be able to complete their majors, those attending the protest did not believe it.

“How does that work if our professors are gone?” asked Adia Witherspoon, senior earth science major and legislative director of Associated Student Government. “Think about it, guys. Those are unaccredited degrees. In the real world those degrees are nothing but paper because we won’t be taking the classes we need to finish.”

Several student protestors criticized the secretive manner in which the policy was made and the lack of communication about the framework.

“If you can put your name on a piece of paper, you can come out here and talk to us about it,” said Max Coldiron, senior biology major.

“I wanna know how you can justify your salary and cutting our professors who make so much less than you,” said Sean Singer, junior history major and organizer of the protest.

Students also expressed protective feelings over their teachers, acknowledging the work and dedication it takes to achieve tenure.

“Every single tenured professor has put more thought, work and love into this university than Ken (Hush) has even thought to do,” Coldiron said.

3 ways to update your bathroom for hosting holiday gatherings

How Nourished Skin Starts from the Inside Out [Video]

6 tips to maximize your giving this season