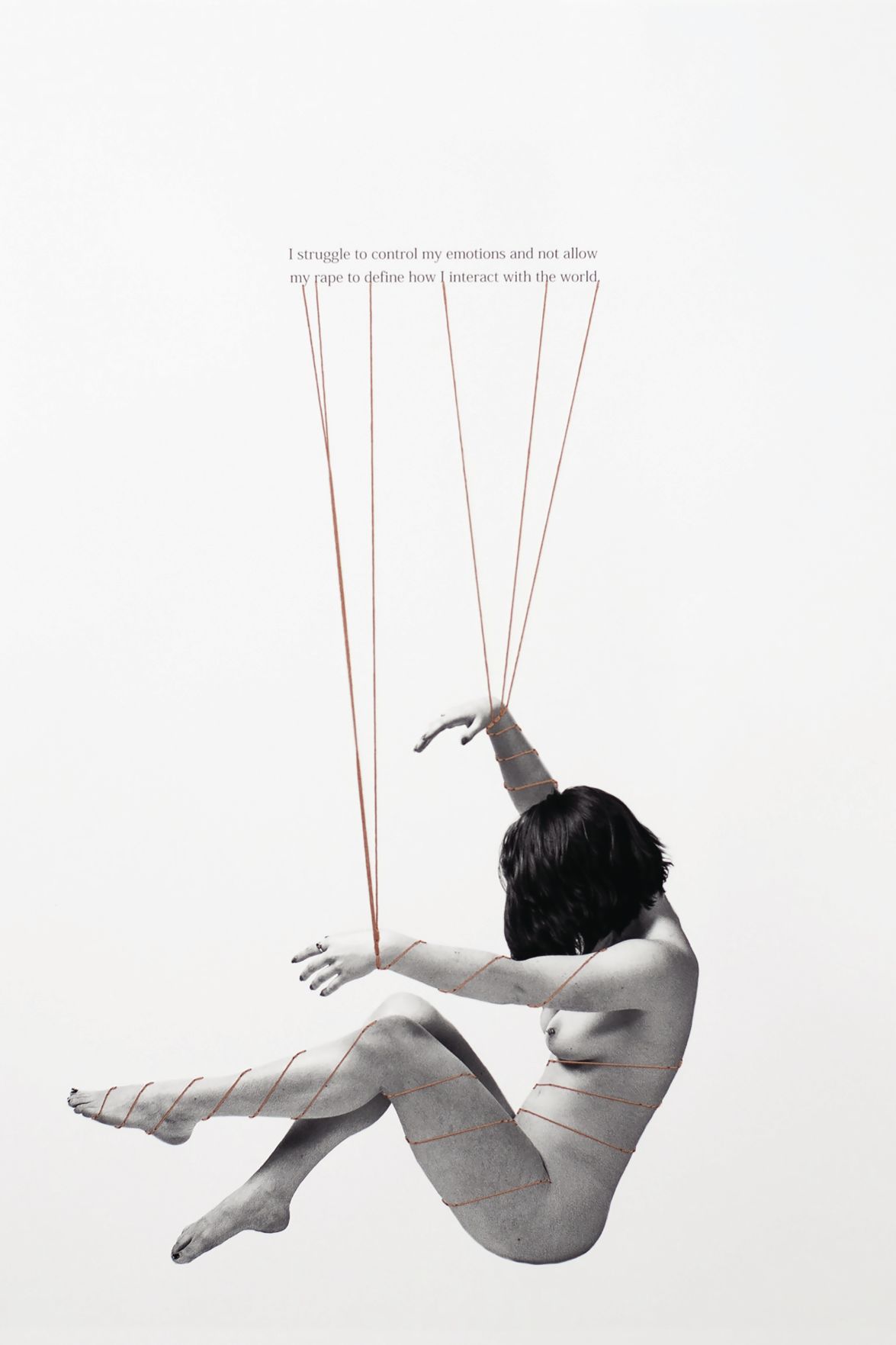 A piece of Nicole Gomric’s investigative series: “The Person I am Because of

You. The photo depicts a physical representation of how the survivor’s rape

made them feel. Some of these models are standing in for people who did

not feel comfortable modeling but did want their stories heard. “I struggle 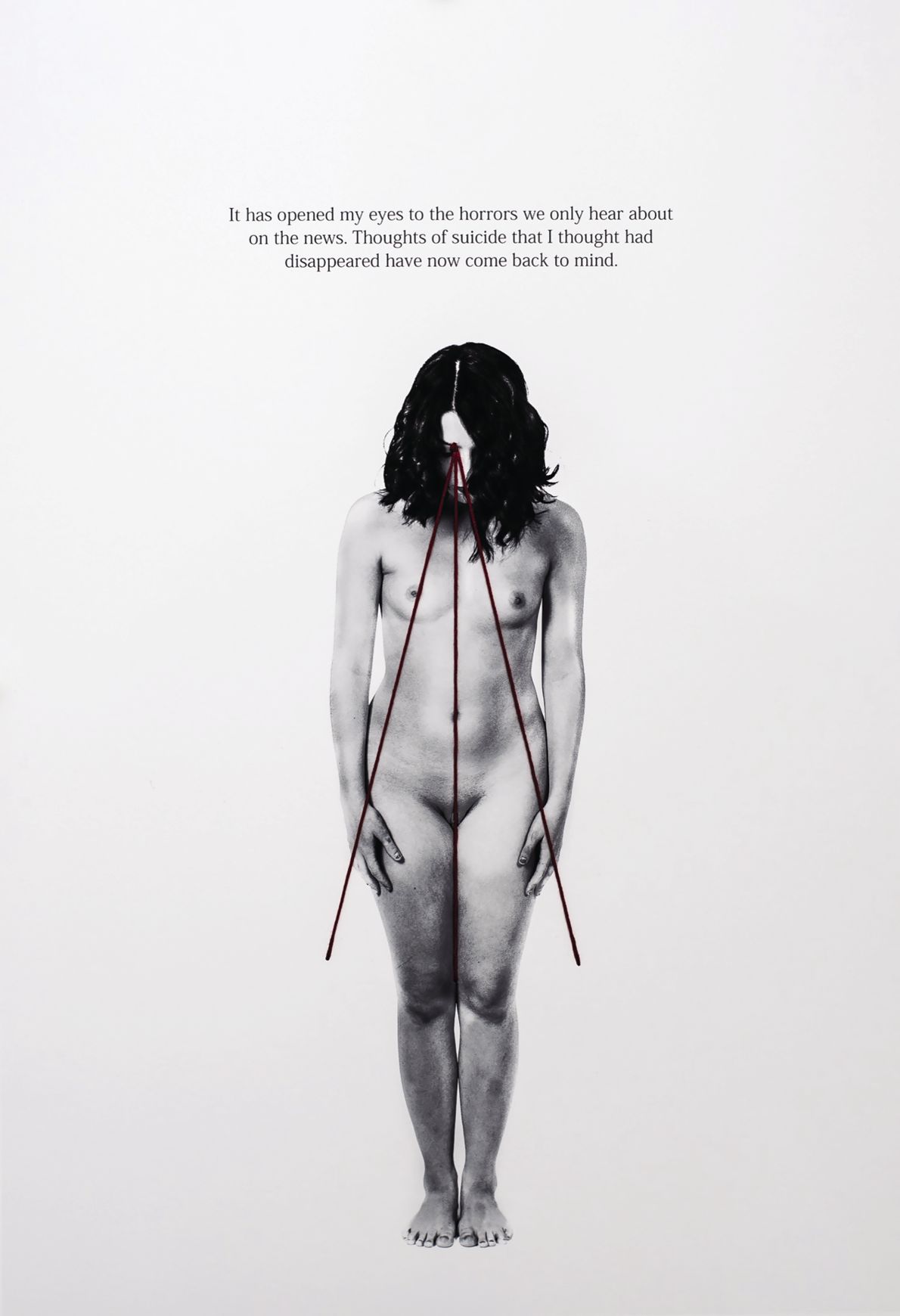 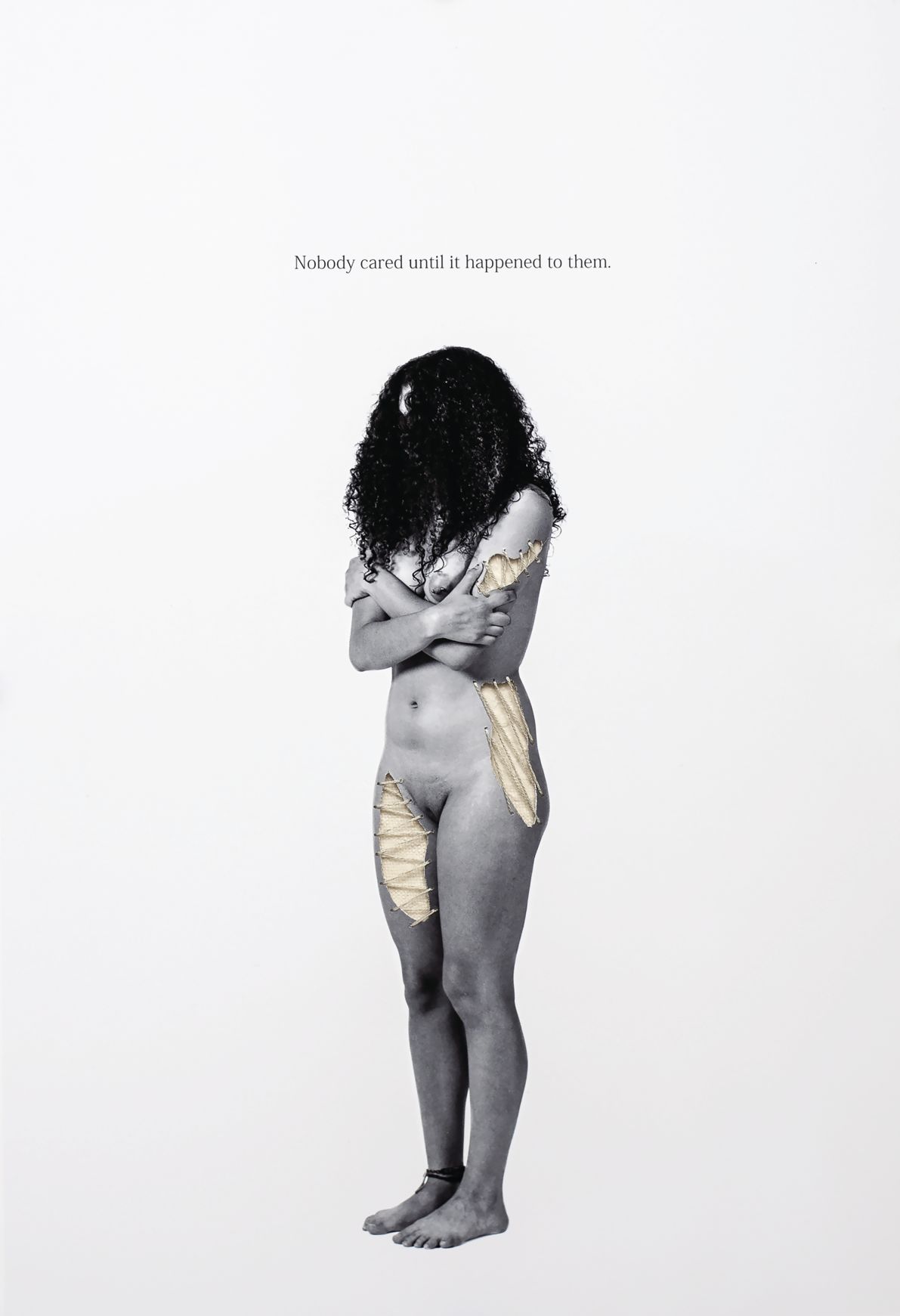 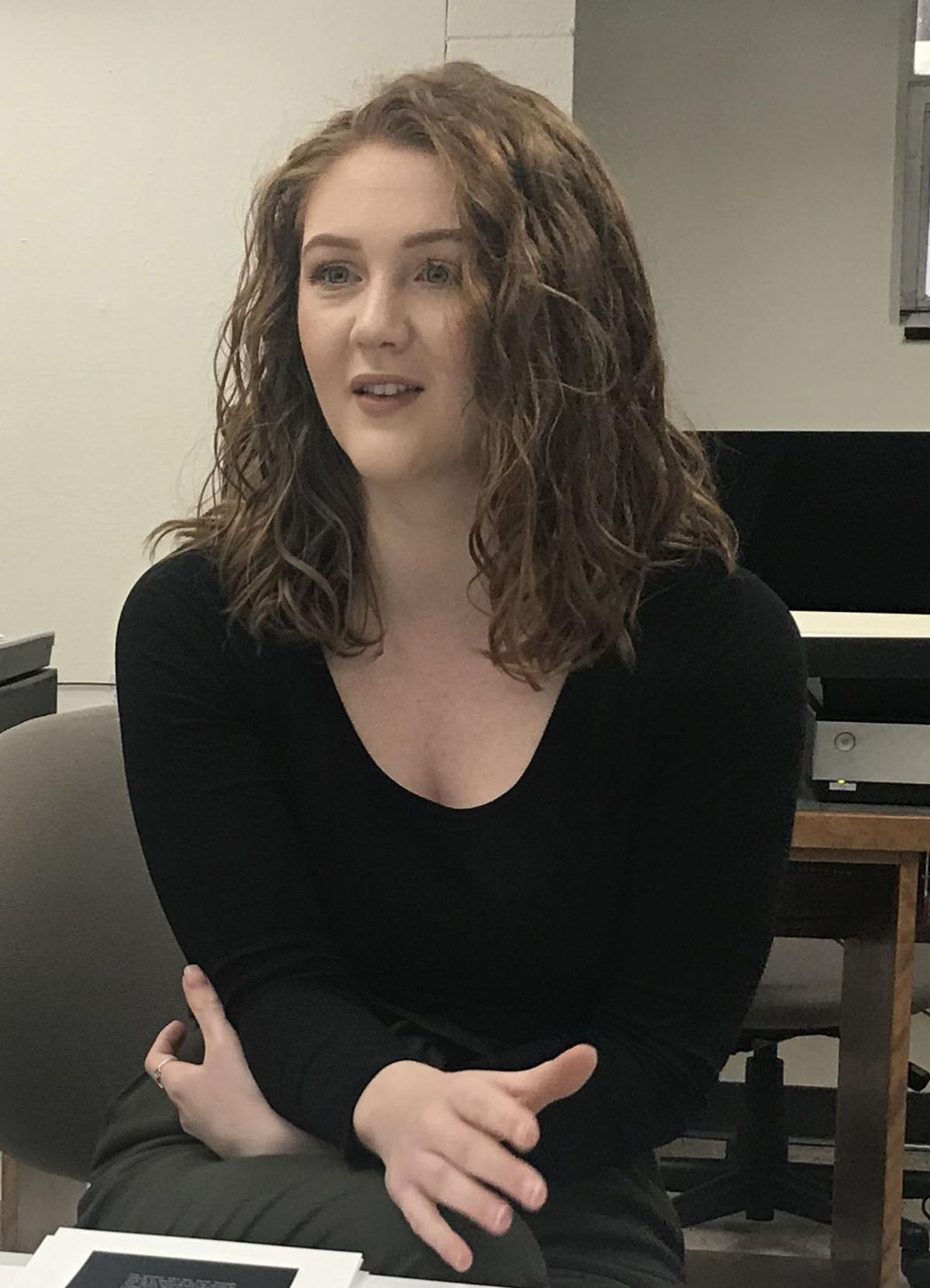 major, talks about her upcoming project, “The Person I

am Because of You.” The multi-medium collection displays

a variety of models and thoughts on identity. Lucas Lord |

A piece of Nicole Gomric’s investigative series: “The Person I am Because of

You. The photo depicts a physical representation of how the survivor’s rape

made them feel. Some of these models are standing in for people who did

not feel comfortable modeling but did want their stories heard. “I struggle

major, talks about her upcoming project, “The Person I

am Because of You.” The multi-medium collection displays

a variety of models and thoughts on identity. Lucas Lord |

In her lilac bedroom with light shining through the large window, Nicole practices adjusting lighting for the first time. She was her own first model, spending hours developing different characters by styling her cherry colored hair and painting on makeup. She had found her passion: photography.

Today, Nicole Gomric, is a senior photography major at Emporia State. Nicole has changed since then. Today, she is a survivor of sexual assault.

“She’s very compassionate and empathetic towards people,” said Karen Gomric, Nicole’s mom. “I didn’t realize she had been in a situation where she had not been treated right...I was upset. Not at her, but just that she had to go through something like that.”

Two and a half years ago, Nicole began what would become her senior project. It all started with a photography assignment on identity. She chose to focus her project on how sexual assault impacts one’s selfhood, calling it “The Person I am Because of You.”

“It started off as a personal thing for me,” Nicole said. “I wanted to be able to talk about my rape and my assault. Prior to (the assignment), I hadn’t talked to anyone about it. What I’ve found for a lot of individuals is that’s the case.”

The goal of Nicole’s project is to give a platform for those who have been sexually assaulted to tell their story and help inspire other victims to share theirs.

“I think in a lot of ways, not only for her creating this body of work and being a survivor herself, but also giving voice to other survivors, is really courageous,” said Morgan Willingham, professor of photography.

When Nicole began the project as a sophomore, she had not yet reached out for help about the trauma she had experienced as a high school senior. Which made it challenging to connect with and speak about topics of sexual assault.

“Where I was raised, it was very Catholic, very religious, no sex-ed, we don’t talk about sex, hush, hush,” Nicole said. “Then if you take something like that, a taboo topic, or a taboo where I was from (like) the idea of sex, and add in violence or abuse or manipulation, how are we supposed to have a conversation about it when we can’t even talk about healthy relationships?...It was just something that I shoved down and dissociated from.”

She spoke to other survivors and allys of sexual assault, which she found through anonymous surveys. Once the individual conversations were had and the stories were shared, she found models that resonated with the words survivors used to describe how their assault had impacted them.

The first time Nicole shot for the project, she had to push back the knot in her throat and breathe over the tightness in her chest. She knew through the process she would find peace and help others do the same along the way.

After advising several people involved in her project to go to therapy or seek some sort of help, she realized it was time for her to do the same.

“I really respect her for trying to make a difference in helping people,” Karen Gomric said. “She’s just a real big hearted person that cares for others. “Any chance that she gets, she wants to help someone. This is right up her alley.”

Though the journey has not been easy, she has found freedom and is finally at a place where she can end her senior project in peace.

“All of these people have gone through these traumatic experiences and it’s awful, but nobody wants pity and these individuals are stronger because of it,” Nicole said. “I hate to say things happen for a reason, because I don’t think this should need to happen, but they’re stronger people because of it. They persevered.”

Spring cleaning for spring allergies: 6 steps from the experts