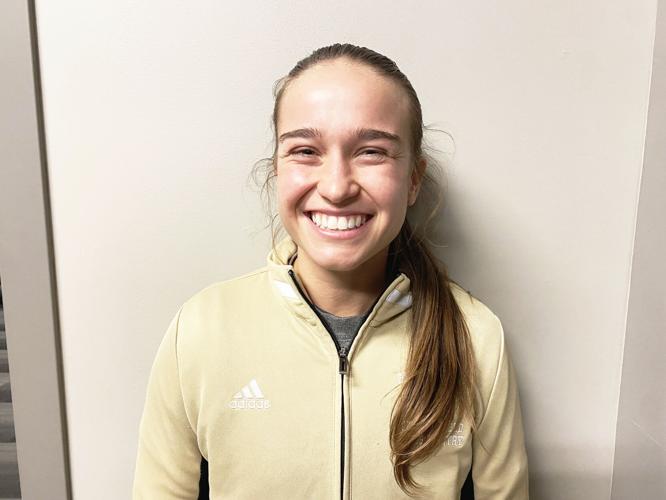 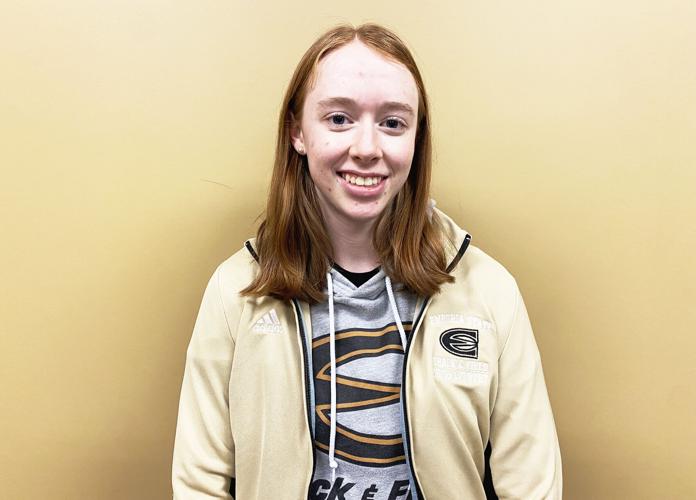 Ramsey, sophomore mathematics major, has been participating in track since middle school. She also ran cross country her freshman and senior year of high school. Her father had been in cross country and said she would enjoy it, so she gave it a chance.

“I’ve kept with it because I just love it, I love to go out and run, I love the people that I’ve met through running,” Ramsey said.

She is currently taking 14 credit hours while balancing practices, competitions, working and homework. She likes to stay busy because if not, she gets bored. In high school, she had even more on her schedule since she was also a gymnast and cheerleader. She originally planned to go to school for cheer, but her plans changed and now she runs for ESU.

“It was very satisfying to see all of my hard work pay off and just be able to run my favorite distance,” Ramsey said.

Ramsey made ESU history when she won the MIAA championship for a second time on Feb. 27. She also broke two new records again in the same events: 3k and 5000.

Megan McManis, junior biochemistry major and track sophomore. The only event she competes in is pole vault. She has been competing in track since her freshman year in high school. One of the reasons she chose ESU was because of the distance from her home.

McManis broke the pole vault school record at the Pittsburg State Gorilla Classic with a jump of 12ft and 8in, on Feb. 12.

Indoor season is now done for the track and field team, but outdoor season will be starting after spring break.

Expert Tips to Organize Your Home for Fall

7 Tips for Finding a Medicare Plan That Works for You